Or Donate by Bank Transfer

Pick an online retailer to buy your HolyCow Product from.

We Have Suspended Our Online Sales Channel! Kindly See Below The Available Places To Shop Natural!

It is integral for every citizen of the country to be aware of the laws for animals, in order to protect them, preserve their basic rights as a living being, and interject when witnessing any wrongdoings toward them. Following are some of the animals laws that have also been encouraged by various animal rights’ organisations in India to further share in the society:

It is the fundamental duty of every citizen of India to have compassion for all living creatures. Article 51A(g).

To kill or maim any animal, including stray animals, is a punishable offence. IPC Sections 428 and 429.

Keeping, or confining any animal chained for long hours with a heavy chain or chord amounts to cruelty on the animal and punishable by a fine or imprisonment of up to 3 months or both.

No animal (including chickens) can be slaughtered in any place other than a slaughterhouse. Sick or pregnant animals shall not be slaughtered. Rule 3, of Prevention of Cruelty to Animals, (Slaughterhouse) Rules, 2001 and Chapter 4, Food Safety and Standards Regulations, 2011.

According to Animal Birth Control Rules 2001, under Section 38 of the Prevention of Cruelty to Animals Act 1960, dogs can be sterilized only when they've attained the age of at least 4 months and not before that.

Neglecting an animal by denying her sufficient food, water, shelter and exercise or by keeping him chained/confined for long hours is punishable by a fine or imprisonment of up to 3 months or both. Section 11(1)(h), PCA Act, 1960

Monkeys are protected under the Wildlife (Protection) Act, 1972 and cannot be displayed or owned.

Bears, monkeys, tigers, panthers, lions and bulls are prohibited from being trained and used for entertainment purposes, either in circuses or streets. Section 22(ii), PCA Act, 1960.

Animal sacrifice is illegal in every part of the country. Rule 3, Slaughterhouse Rules, 2001.

Teasing, feeding or disturbing the animals in a zoo and littering the zoo premises is an offence punishable by a fine of Rs. 25,000 or imprisonment of up to three years or both. Section 38J, Wildlife (Protection) Act, 1972.

Capturing, trapping, poisoning or baiting of any wild animal or even attempting to do so is punishable by law, with a fine of up to Rs. 25,000 or imprisonment of up to seven years or both. Section 9, Wildlife (Protection) Act, 1972.

Conveying or carrying animals whether in or upon any vehicle, in any manner or position which causes discomfort, pain or suffering is a punishable offence under two Central Acts. Section 11(1)(d) Prevention of Cruelty to Animals, (Transport of Animal) Rules, 2001 and Motor Vehicles Act 1978.

What Can You Do as An Individual?

Call the local NGO to seek their expertise in handling the situation that the animal is in. From calling their ambulance service to reaching out for guidance regarding animal support, it is always good to take suggestions from the field workers. 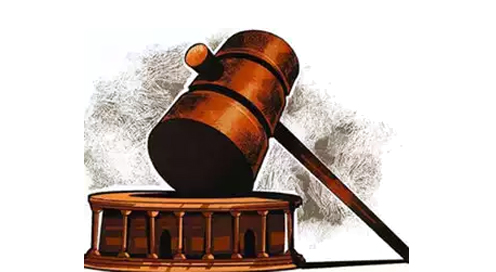 Police authorities can help intervene and create a productive push toward stopping the animals’ wrong-doers. Their assistance can create long-lasting fear and hesitance in the deeds of those who ill-treat animals. ( theres no such org )??? what one can do to create awareness, stop those with unkind intentions, and provide urgent support to animals in needs. If you see harassment or exploitation of an animal, you have the complete right to take a mindful action as a citizen. It is essential to keep one’s safety in mind, but also integral to protect the animal(s) by raising one’s voice and putting a stop to actions that harm animals. Be it on the main road or in residential colonies, it is never too much to stop, question, and take a step towards the benefit of the animal in question.

Following is the contact information of some of the best cow shelters (Gaushalas) across India that cater to cow protection In India:

Visaka Society for Protection and Care of Animals